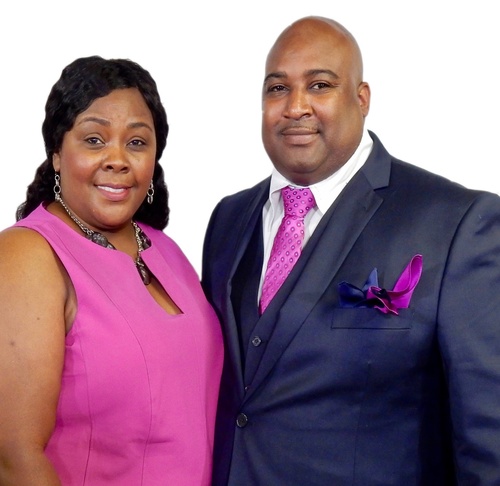 Erica Kador is an Ordained Minister and serves in ministry along with her husband, Derrick Kador as the Outreach Pastors at Praise Church of Ascension.  In addition, she exudes a welcoming presence as the "Greeter Ministry Coordinator" at PCA.

Erica attended college at Jackson State University. After employment as Events and Fundraising Coordinator at a local Baton Rouge hospital, Erica made the decision in 2006 to start her career in the Real Estate industry.  Erica Kador is an Entrepreneur, Real Estate Broker, and the Founder and CEO of Couture Realty.

Erica’s passion for pleasing God has kept her focused on doing everything that God has called her to do. The obstacles of life have never caused her to waver from pursuing her dreams and ambitions as a Christian woman in business, but have increased her drive to go and get everything that God says is hers to have. Erica is a Spirit-Filled Christian who is determined to fulfill God’s promises with His divine guidance. With each Victory, God gets All the Glory! Erica’s upbringing in a prophetic church cultivated the awareness in her of the power and breakthrough believers experience when they decree and declare the promises of God. Due to this, she has recorded a series of Facebook live messages on this topic. She is a firm believer in the power of the spoken, prophetic word.   She became a President’s Club Member of Christian Women in Media in 2018.  She is happily married to Derrick Kador. She is the mother of two children and has been blessed with two grandchildren.